THE NEW NORMAL: CREATIVE SOLUTIONS IN THE FACE OF COVID-19

Join BAFTA for a conversation with Caitlin Boyle (DOC NYC), Josh Braun (Submarine Entertainment) and Dan O'Meara (NEON) for the first in a new short series of online discussions reflecting the current state of the industry in the world of COVID-19.

This panel will explore how sales agents, distributors and festivals are adapting to the pandemic and will give documentary filmmakers an overview on how to navigate the new distribution landscape. Moderated by Carolyn Hepburn (Motto Pictures). The discussion will be followed by a Q&A. 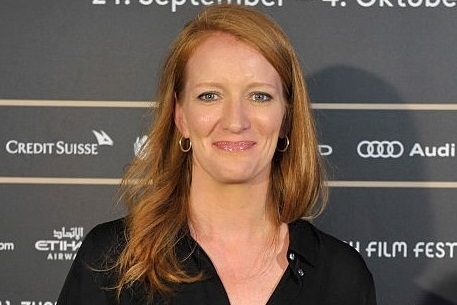 PANELISTS
Caitlin Boyle is Director of Industry and Education at DOC NYC. Before joining DOC NYC, she spent a decade at the helm of Film Sprout, a grassroots distribution and audience engagement firm whose mission was to broaden the visibility and reach of documentary film through large-scale national screening tours.

Josh Braun is the co-president of Submarine Entertainment, a hybrid sales, production and distribution company. Mr. Braun is an executive producer of the recent documentary features Edge of  Democracy, Crip Camp, Apollo 11, Whirlybird, Circus of Books, Tell Me Who I Am and Wild Wild Country for which Mr. Braun won the Emmy for best documentary series this year.

Dan O’Meara is the EVP, Nonfiction at NEON and co-head of the company's boutique distribution label, Super LTD. He has worked on all of NEON's documentary releases including Three Identical Strangers, Apollo 11, Amazing Grace, The Biggest Little Farm, and two time academy award nominee, Honeyland. Dan’s producing credits include: By The People: The Election of Barack Obama (HBO), Freakonomics: The Movie (Magnolia/Showtime), and Print the Legend (Netflix).