Screenwriters' Lecture Series: The Rules of Engagement with Adaptation

Join us for this in-conversation panel exploring the challenges of film adaptation. What are the bounds for screenwriters and where can they afford to risk pushing beyond? When the nature of adaptation is change, how do screenwriters stay true to the original voice? And where do they start in bringing in a new lease of life to the stories they adopt? 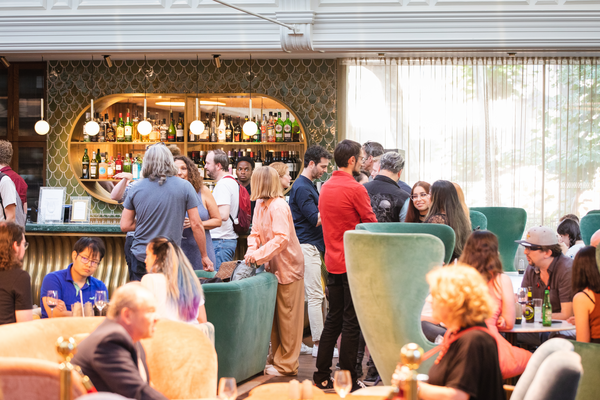 British playwright and screenwriter Rebecca Lenkiewicz joins us as we explore the craft of screenwriting from this special angle.

Rebecca is an acclaimed playwright whose work has been performed all over the world. She was the first living female playwright to have an original play - the celebrated Her Naked Skin - performed on the National Theatre’s Olivier stage and has since written multiple plays and adaptations for the stage. For the big screen Rebecca co-wrote the Oscar, BAFTA and SPIRIT award-winning film IDA with director Pawel Pawlikowski. The film also won the Best Film award at both the London Film Festival and the Warsaw Film Festival. She co-wrote Colette with Wash Westmoreland and Richard Glatzer for Killer Films, Number 9 Films and Bold which was nominated for Best Screenplay at the 2019 Independent Spirit Awards; Disobedience with Sebastian Lelio for Element, Braven Films and Film Four starring Rachel Weisz and Rachel McAdams which was nominated for Best Screenplay and Best British Independent Film at the 2018 BIFAs; and the Eastern European film, SERVANTS, with director Ivan Ostrochovsky which was nominated for Best Film at various international festivals including Ghent, Montreal and Stockholm. She is most recently known for her Screenplay adaptation of The New York Times Investigation by Jodi Kantor, Megan Twohey and Rebecca Corbett and the Book ‘She Said: Breaking the Sexual Harassment Story That Helped Ignite a Movement’ by Jodi Kantor and Megan Twohey. For television her produced work includes The Eddy (Netflix); The Woman in White (BBC/Origin); Secret Diary of a Call Girl (Tiger Aspect/ITV); No Masks (Sky).

BAFTA is an arts charity that is open and welcoming to everyone. This means we want every visit to BAFTA 195 Piccadilly to be as enjoyable and comfortable as possible.

By purchasing a ticket for this event, you agree to the terms and conditions listed in our Academy Screenings and Events Code.